Inquiring minds want to know….Do you notice??!!
What do notice mostly about people?????😄

Most of the time

Nobody notices your tears

Nobody feels your pain,

No one sees your smile

But when you fart one time…. 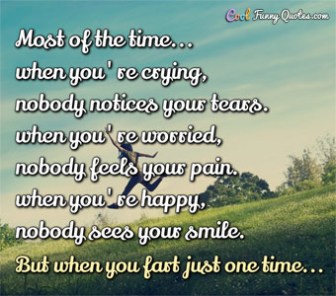 Inquiring minds want to know….Do you notice??!!
What do notice mostly about people?????😄

Most of the time

Nobody notices your tears

Nobody feels your pain,

No one sees your smile

But when you fart one time….

🎵 Giving him something he can feel…

The day that I became content in my solitude was easily the best day of my life.  Not because I retired my desire for love or a relationship; but because I no longer sacrificed my dignity and happiness to be in one.

Does this mean that my latest attempts at dating have been seamless?

Clearly God still plans his vacation time around my dating life.  What I can say is that any lapse in judgement I’ve had while dating, has been in an attempt to please myself rather than someone else.  And that, my friends is what I call progress!

No longer am I compromising my needs for the sake of an uncommitted party.  With that being said, please allow me to reintroduce myself to my ex who claims:

Quite the contrary sir; dating me is deep (or…

Thanks everyone for playing and participating! I APPRECIATE YOU. 😀 🎵Let’s do it again 😉   *Play and you AUTOMATICALLY enter a chance to win a $100 Visa credit card!!          STAY TUNED.
So, the question again is…

Name a quality a woman wants in a man , but she’ll settle for it in a dog?

And the top answers are:

But, but wait. The one thing no one thought of saying is licker. Well.😗 🎵It’s getting hot in here. 😂

But, wait. One PI deserves another 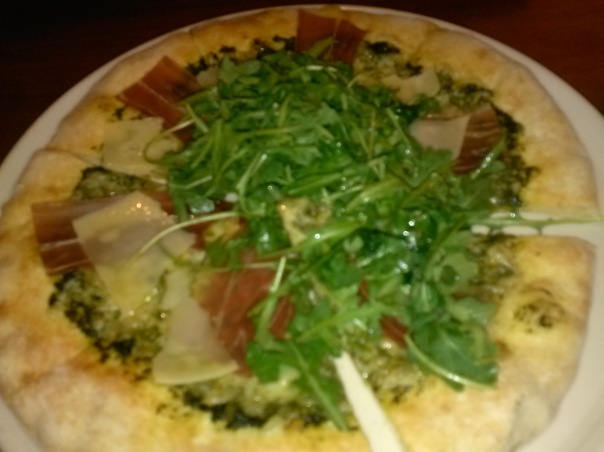 Prosciutto and Arugula ( if your meat fan) 😃 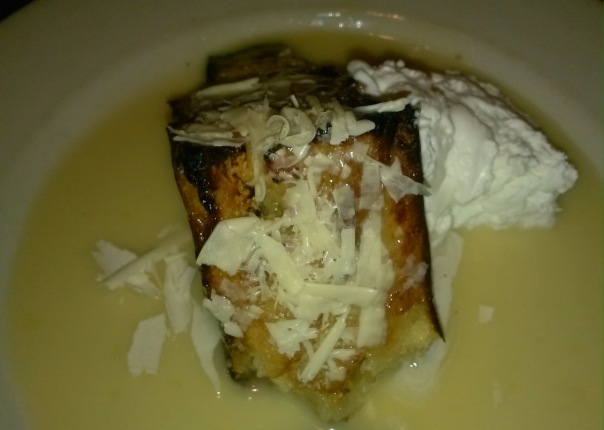 In the form of dessert! White Chocolate Bread Pudding.😍

#Dessertfirst (Did you know that stressed spelled backwards is DESSERTS??!😂😂😂 😂😂 I am not stressed! No sir ree PI). I digress.

So, in the pizza world 🎵TODAY was a good day! 😄

For the love of PI, Nordstrom’s saved the day!

Question: Name a quality a woman wants in a man , but she’ll settle for it in a dog? 😃

🎵 Hit me with your best shot

I can have a pan(cake)-which or a sand(which)-pan(cake) with my turkey sausage eggs!

My favorite cereal growing up

Even though sugar is no longer in the name, I know “It’s in there!” 🎵 Sweet sensation

And what better way to end the day 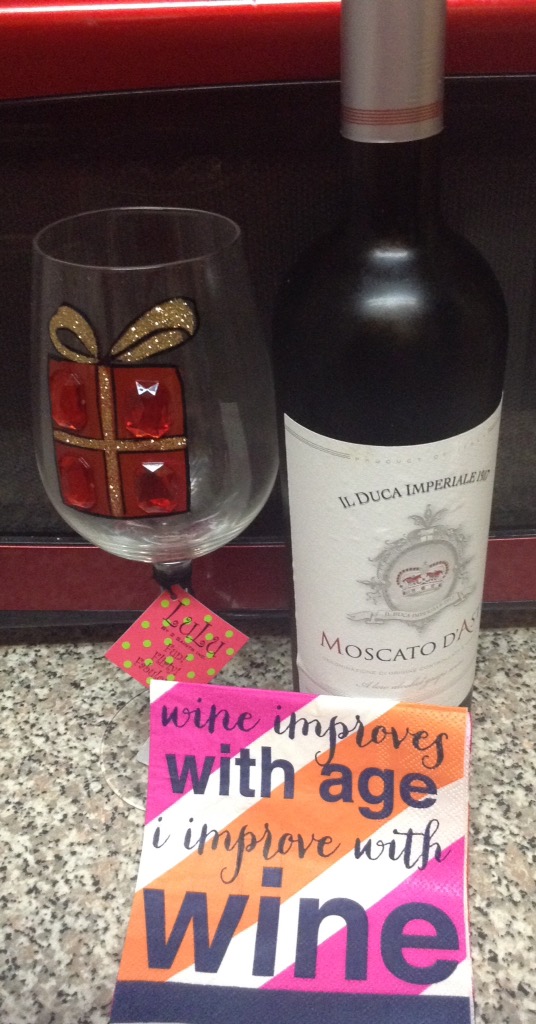 A couple months ago, a good friend of mine from grade school reached out to me.  “…If this is you, please respond back …” I immediately knew who she was and quickly reached out to her. I was excited! I emailed her, told her to call me. People only reach out to you after a long time, yearz with a “z”, for two reasons. Money or for a place to live. I didn’t offer either.  To this day, she hasn’t called or kept in touch. I listen to what people say, but I watch what they do.   IF we do actually connect, I plan on getting together with her in a public place, in broad daylight, like Starbucks, and Über there so there’s no misunderstanding. You can come visit, you don’t have to leave but you gotta get the heck outta here! Here meaning you cannot stay with me! Or🎵 Is this the end? Are you my friend?   Well, again I ask “Do I know you?!”

Last month, I reconnected with another long-lost friend from high school on social media.  We finally talked a few days ago. She lost her dad a few years ago. She and I were best friends  growing up, and her dad was a very vital part of that time not just for her, but for me, too. She lost her house, a house he gave to her, to hurricane Katrina two years later. Just like that, gone. Do I know you?! Do I?!  Then, she says 🎵 I’m going back to Cali.  I asked all the questions. What brings you to visit Cali? Where are you staying?  When are coming? Why next month?  How long are you staying?  🎵Bring your good times and your laughter, too….Come on now. Celebration.

Years ago, I was working at one company and decided I wanted professional grow and needed a change. So, I sent out my résumé and went on interviews. I accepted a new position at a new company and gave my two weeks notice. One month later, exactly two weeks on the new job, my former co-worker paid me a visit. She wanted to work with me again. Being that she was my elder and I was her supervisor when we did work together (and again now), I was touched and honored. I have nothing but respect for her, too.

So,🎵 Here we go again. Fast forward ten years, it’s time for her to retire. Take me with you, I thought. How can I be down?! 😂 She and I have kept in touch. The following year, her husband became ill and she became his full time nurse. The next year, sadly he passed away.  A neighbor and I were the only people attending the funeral outside of family.  Wow.  Do I know you?! Last year her son and her brother both passed away within a coupe of weeks of each other. Double. Triple. Wow. She didn’t tel me until this past January.

I have continued to keep in touch with her. We talk on the phone or get together for coffee and cake and talk. The last time we got together was December. So, I reached out to her to make a date this month. To my dismay, my attempts were unsuccessful. She finally reached out to me and it was then I discovered she recently lost her place to live. #What #whatdidyousay. #flashbacks #Homeless  #Hurtingheart  In other words, she was evicted. I-I-I….  Do I know you?!

Approximately two weeks ago, a friend of mine reached out to me. Her boyfriend was in the hospital for kidney failure. Apparently he had been in the hospital two weeks and her dealing with him being ill for about a month. She thought getting him to go to the doctor finally was a good thing.  She didn’t think about anything else. When she did begin to to think about it, it was bad. That’s when she reached out to me. While she sat by her boyfriend’s bedside in the hospital, I stood by her side. Do I know you?!